Please take the time to watch the videos and go over this information provided below thoroughly and read the information by going to the links provided in this document.

Public Announcment!!!!
For The Record:

On this day the 21st of March in the Gregorian Year of 2020 ie/I want every one to know:

ie/I am pro-life….those that support this idea of a New World Order supporting the Sterilization of Life must be exposed!!

And ie/I do not approve with how everything is being handled!! Those that have been controlling the narrative are not of Sound Mind and really should be institutionalized for the decisions that they have made. No matter what, the people of the world deserve to be treated with respect.

What does it have to do with the The Crown of Thorns and Christ Consciousness?

corona (n.)
1650s, “a crown,” from Latin corona “a crown, a garland,” in ancient Rome especially “a crown or garland bestowed for distinguished military service,” from suffixed form of PIE root *sker- (2) “to turn, bend.”

With many extended senses in botany, anatomy, etc. A coronavirus (by 1969) is so called for the spikes that protrude from its membranes and resemble the tines of a crown or the corona of the sun. The two “crown” constellations, Corona Borealis (according to fable, the crown of Ariadne) and Corona Australis, are both Ptolemaic. Astronomical sense of “luminous circle observed around the sun during total eclipses” is from 1809. As a brand of Cuban cigar, 1876. The brand of Mexican pale lager beer dates from 1925.

Sending out My Light and My Love while simultaneously holding you in My Light and In My Love for a solution to this mess that we have made of life!!

It has been said time and time again, “information and wisdom is powerful”. It would do the World a World of good for people to get over their adversity to reading. It is the Art of Reading that one becomes equipped with information and wisdom which is the stepping stone for Knowledge. Knowledge can only come through Direct Experience of a Thing!!! Would it make perfect sense and be perfectly reasonable then that people would jump at the chance to become informed and wise?

It must be asked, “Do Priests even Dark Priest and those known as Judges, and also Politicians have to be honorable human beings?” “Who holds them to account?”

The earth was not created with borders. Borders are imaginary lines that divide the land into manageable space.

Borders are Political Boundaries. They separate countries, states, provinces, counties, cities, and towns. A border outlines the area that a particular governing body controls. The government of a region can only Create and Enforce Laws within its borders. It is unclear if Law Enforcement Officers realize that we (including them) are being harvested for our energy.  The Babylonian Draconian Roman Cult Courts are based in word magick and once the magick is revealed they lose their Dominion over Our Life and our Energy out put.

In the following video the best selling author and founder of the Free World Charter, Colin R. Turner paints a compelling argument for an open access economy – a post-money world that works for everyone, not just a few

People should be made aware of the fact that there are no Laws only Corporate Policy created by Legislators, these sorcerers always create these fictitious ideas to benefit themselves. Their Laws pertain only to a “person” and are based in Double Speak. It is imperative that we are all made aware of how they created language and fully comprehend what is grammatically correct by their own standards.  This is something we do not learn in grammar school. At least ie/i did not.

Do you know what Natural Law is?

Why do the people working for the Military have no comprehension and/or respect for Natural Law? Do people wonder why this Military Industrial Complex is refered to as Global?

Why are those indoctrinated into this War Machine not pro-life? Do they realize that this NWO promoted by the Papal Bloodline is all about sucking the life out of life itself? Why has it been ignored that those that support the NWO are all about the sterilization of life? Why are everyone in government in support of this agenda? Why is Military Occupation seen as a solution to mankinds problems?

When did the earths people come to be under military occupation? The Globalist have already put their minions in every government..hell they created the idea of government and the systems that keep people in polarized thinking and perceiving. All boarders represent a corporation, in other words every flag represents a corporation. Who do you suppose has claimed ownership of said corporation? There is only one at the top of this Hierarchy,,,this pyramid that you are in support of.

What will it take for people to act honorourably once the facts are known by more people? Why have Law Enforcers allowed the people to be held in illiteracy and taken advantage of the situation?

The word “Include” is a danger word used in “doublespeak” because not many people are aware of the legal implications with such a word if used incorrectly. It defines what is included and what is excluded in a legal sense and if you are not aware of the nature of such words like “Include” you may make a grave mistake in relation how you interpret as situation.

Let me make it perfectly clear the elite net work is global…always has been always will be. It is called Global Corporate Control for a reason!!!!

“May Life be Over Flowing with the joy, glory, and passion of you being uniquely you as a Multidimensional Expression of the All That Is, Ever Was, and Ever Will Be”.  In other words, “wishing you a Life of Joy, wonder, and amazement that comes when in Alignment with Our True Nature, All Is One, and All Is Love and Loved Beyond Measure”.

Sending you Light and Love while simultaneously holding you in My Light and in My Love. Amen, Amen, Amen (so be it) and it is so…………

born Lorna Lynne of the House of Borgeson named during a Sacred Water Ceremony by Chief White Buffalo as, “The One That Flows With The River” on this day the 13th Day of March in the Gregorian Year of 2020. 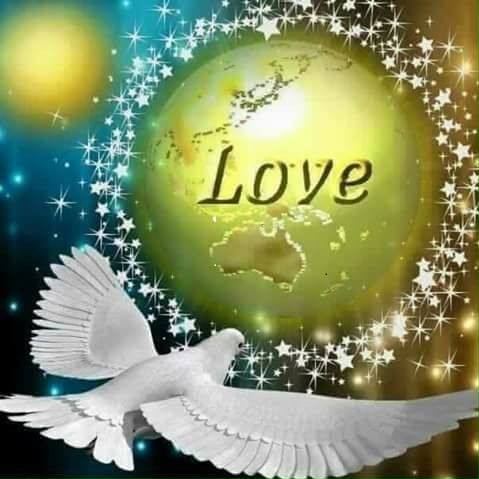 Restoring The Supremacy of Love,

Without Prejudice, Ill will or Frivolty,

If you would like to support me in my campaign of change please consider making a donation either by email transfer to lornalynneborgeson@yahoo.com