This blog post was inspired when Ma’at Garrett  asked me a question on his post with regard to the state of the health care industry here in Canada as compared to that of the U.S.  “Lorna Lynne Borgeson how is the social medicine coverage in Canada? Like it? Love it? Do the taxes eat you up in Canada??

U.S. Health Care Ranked Worst In The Developed World to read the article follow the link below!

Living life knowing what I know is challenging. Seeing my participial in the destruction of life and how it is inhibiting my spiritual evolution is troublesome.

I started my carrier as a Medical Laboratory Technologist in 1982. The energy of healing came to me in 1994. I continued “working” in the lab not realizing the contradiction I was living for another 6 years. In 2000 I had a heart and mind awakening that came in the form of a Life Review.  This life changing event gave me the ability to see thinks and hear things that were previously hidden in plan sight and I realized the eyes and ears are rather useless without an open mind and loving heart.

It was devastating to realize the lie I was living; I had a foot in two worlds. One in a world of healing and the other in a for profit world that thrives on keeping people sick. It was literally and figuratively was pulling me apart.

It is difficult to see what others choose to ignore. The healthcare system in Canada is run by the same ” Medical Mafia” that controls the health care of the “citizenry” of earth. They push chemical poisons disguised as medication. The individuals indoctrinated into “Mainstream Medicine” are not educated in mind body spirit health. Allopathic Medicine coined “Rockefeller Medicine” though good in an emergency does not support the health and well-being of the body, mind, and spirit over all. Technologies that could restore well being to the body is suppressed.

I realized pharmacists and physicians ignore and interfere with the natural healing capacity of the body. They are legalized drug dealers and participate in black magic.

After my life review and the health problems that came after my “dark night of the soul” turned into a nervous system breakdown I began to do some deep digging and deep soul searching in hopes to under and innerstand what I came to realize.

During my research I came by information about the “Illuminati” a group of 13 families that claim to have ownership of earth.  It is not clear if people realize that the IRS and Canada Revenue Agencies are privately owned for profit enterprises operating in the public domain?

Do people really want to know the truth? Are people really prepared to do their research and do some deep soul searching? It has taken me the better part of 18 years to recover from the shock or self realization. 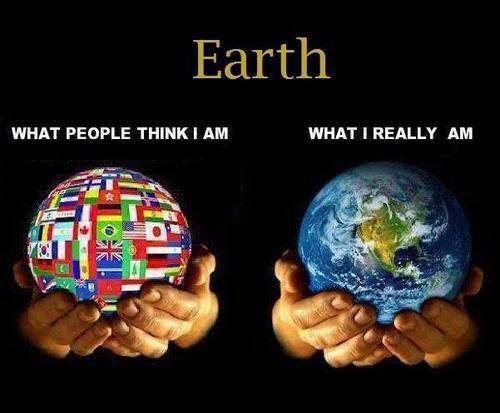 Where is a man to go once they realize that nothing of this world is as it seems and everything is based in illegitimate claims and fraudulent contracting?.

There is a reason it is called “global corporate control”. All taxes go to the City of London Corporation and the Vatican.

The “elite”(pirates) are a family lineage that control every aspect of our life, it does not matter what “country” someone is born to. Every body/body that is born as a “citizen” aka “commoner” is subject to there designated lot in life until they change their “status” and “standing”. How is the corruption going to end if we do not put an end to the corruption?

When we know that the people in government are involved in nefarious activity and we continue to vote and pay taxes then we are willfully supporting the crimes against ourselves and our fellow man. We are in fact an accessory to the crimes and have created a liability for our-self and for all life. We must remember the Law of One. What we do to others we are doing to our-self, what we do to our-self we are doing to all others and to all life.

It is up to each of us to stop playing the game the way it has been dictated. How long will it take for the men and women in “Law Enforcement” to realize they are selling their spiritual evolution for a mere paycheck in allowing for the criminally insane to perpetuate violence upon us? We must let go of our predictive programming and realize that we are much more then what we have been led to believe. There are far too many people addicted to fear. Once the truth is revealed I would hope that we have the intelligence to take the necessary steps towards for self correction. In reading some of the information on the Illuminati website. It has me perplexed that they would be permitted to corrupt the human genome so profusely. It is so very difficult for me to wrap my head around this information shared on this website.

Are there really any highly advanced people “out there”? I think not!! Sitting back while the earth and the “citizens” of the world are being raped indicates the “watchers” are narcissists. Leaving us to the will of Lucifer’s convoluted view of reality while ignoring the will of the innocent.

What is keeping us from seeing that Man has never had free will for self determination when we are under the dictatorship of the Luciferean agenda which keeps us fractured and at the whim of our emotional imbalance?

HH: Our Lineage can be traced back beyond antiquity. From the earliest times of your recorded “history”, and beyond, our Family has been ‘directing’ the ‘play’ from behind the scenes, in one way or another. Before the rise and fall of Atlantis. (Yes, that was indeed perfectly real). We are ‘born to lead’. It is part of the design for this current paradigm.

ATS: To what extent has selective breeding been used to preserve the purity of the line? and what becomes of children of unapproved unions? (They would naturally still be raised with privilege, but not, perhaps “given the keys to the castle” as it were?

HH: The breeding is generally case specific, dependant upon the role that the Family members in question are due to grow into. I will touch more on this in answer to the next poster’s question that you rephrased.

ATS: Are we really considered chattel and traded as such by the government?

HH: By the governments, generally, yes. People are seen as ‘collateral’. Pawns that are maneuvered around the chess board, according to the game plan. By the Family, contrary to popular beliefs, many of us do not mean you any harm directly. There is just the matter of divine destiny to uphold and unfold, and we must play our parts in the game, as given to us by the Creator. In many ways, it is actually in our own interest that you are prepared for the coming Harvest. Just not maybe prepared in quite the way that you would like. Still, even then, you are choosing the Negative Polarity with your own Free Will decisions, with a little ‘help’ and direction from us. Souls are Harvestable in either ‘extreme’ of the Polarities, one could say.

Why do we accept the ownership by these pirates anyway?

What will it take to end the craziness?

It was yesterday April 16, 2019 that Garrett Hall send me the following video on Facebook messenger introducing me to this lovely man whom goes by the name “Ernie Tertelgte” !!

it is unfortunate that he is a rarity!!

Why is Ernie Tertelgte a rarety?

Why is it more people do not see the fraud the “elites” are running?

Why is it people cannot see it is our cooperation in commerce and acceptance and involvement in the COMMERCIAL NAME is what is destroying the natural balance of life on our beautiful blue/green earth?

Why is it more people do not recognize that mankind is being controlled as a result of trauma based mind control?

It was a packed courtroom on Tuesday for the hearing of Ernie Tertelgte, a Manhattan man who says he’s being wrongly prosecuted for trying to feed himself.

Tertelgte, 52 years old, was arrested on Monday and is accused of fishing without a license and then resisting arrest.

He appeared before the judge via video from the Gallatin County Detention Center, and it was standing room only more than a dozen friends and family members filled the small courtroom.

Tertelgte appeared subdued and respectful before the Justice of the Peace during Tuesday’s court session, which went very differently than his court appearance earlier this month, where Tertelgte and Three Forks City Judge Wanda Drusch got into a heated exchange.

Terteltge argued that the court did not have the authority to charge him, citing “natural law.”

He told the judge, “You are trying to create a fictitious, fraudulent action.” He continued, “I am the living man, protected by natural law.”

He then yelled, “Do not tell me to shut up! I am the living, natural man, and my voice will be heard!”

Why do people not realize that the men and women (priests and priestesses) in black robes are ministering to the underworld?

The courts are based in black magic word spells. We are all involved in human trafficking when we are registered as a voter and taxpayer. The IRS and Canada Revenue Agency are the same..they are privately owned for prophet enterprises operating in the public domain and policed by the judiciary.

Can someone tell me how exactly does capitalizing the letters of one’s name signify a corporate fiction?

It is disturbing that there are individuals that accept the claim that capitalizing the letters of one’s name signifies a civilly dead entity. This thinking reflects the fact that man’s intelligence is in deed in question. How is it so many indoctrinated into the Uhholy Bar Society accept this claim?

No one can accept that which they know nothing about. Not knowing is not consent!!!

I am in the process of figuring out how to stop being a tax payer so that I can end my participation in the crimes against life as a result of our illegitimate registration as a “dead entity”.

I DO NOT AGREE IN KEEPING THE PEOPLE OF THE WORLD IN POLARIZED THINKING INHIBITING OUR SPIRITUAL EVOLUTION!!

“May life be filled with the joy, glory, and passion of you being uniquely you as your multidimensional expression of the all that is, ever was, and ever will be”.  In other words, “wishing you a life of joy, wonder, and amazement that comes when in alignment with your true self”.

Sending you light and love while simultaneously holding you in my light and in my love.

If you would like to support me in my campaign for change please consider making a donation either by email transfer to lornalynneborgeson@yahoo.com