WHY ARE WE SUPPORTING A WAR AGAINST LIFE?

The truth does not need to be decoded, the truth is simple. On the other hand, it is the nature of evil to create artificial complex ideas. It does this to hide or obfuscate the freedom it destroys.

Paula Densnow published the following information on Facebook On March 5, 2019

“Five years ago, the US sponsored a coup in Ukraine, putting its hand-picked leader into place, and opening the doors of hell, complete with n..z.. marching in the streets. (I can’t use that word without being banned). It was 2014, 100 years after the start of WW1, and the west seemed determined to kickstart WW3 into gear as some sort of anniversary commemoration.

But Putin and Russia refused to play that game, and we have managed to avoid a world war for the last five years, through major provocations and many, many people’s deaths.

The last year of Obama’s reign, as he warned Russia “We can do stuff to you”, a Russian airliner was blown apart in Egypt, with 17 children among the 224 dead, 8 Russian ambassadors dropped dead, a Russian plane attacking ISIS was shot down by Turkey and the pilot murdered, Russia property was confiscated and ambassadors kicked out, and the Russia Army Choir was killed as they were going to sing for Christmas at liberated Aleppo, an international heritage site.

Why do our ruling overlords hate Trump so very much? He is doing their bidding on so many things, packing the courts, selling off our public land, trying to overthrow the government of Venezuela…..

The ONLY place that I can see any Trump intransigence to their plans is his insistence that we should respect the sovereign country of Russia and should not risk nuclear war.

And that also explains the 3 year Russiagate hysteria. There is no reason that we have been propagandized so heavily about an event (that could have been cleared up the first day by the NSA), unless they want Democrats whipped into a mindless war-abetting frenzy of Hate and Fear. (Mission Accomplished)”.

Do people really comprehend what the source of the violence being expressed on our world?

“When you call yourself an Indian or a Muslim or a Christian or a European, or anything else, you are being violent. Do you see why it is violent? Because you are separating yourself from the rest of mankind. When you separate yourself by belief, by nationality, by tradition, it breeds violence. So a man who is seeking to understand violence does not belong to any country, to any religion, to any political party or partial system; he is concerned with the total understanding of mankind.”

Who is going to take actual steps towards a sustainable world rather then just talk about it?

Even when people know that voting changes nothing, they still hold on to hope that the people in government are ethical and moral even when their words are not supported by their actions. 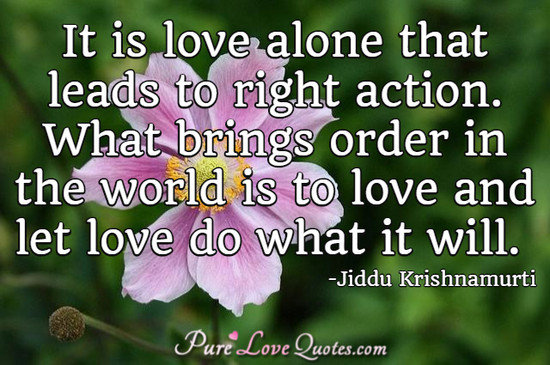 All one needs to do is listen and they soon realize that the men and women in politics are still supporting the Unholy system of enslavement. Why is it the people continue to ignore the insanity of this world? Acting upon an upside down matrix indicated we are not in right mind. Not being in right mind means we are insane. This insanity is seen on the streets and the fact that we accept illegitimate claims to run our experience of life.

An emotionally, spiritually, intelligent and intellectually sound race would not choose to produce technology that is destructive to nature.  An emotionally and spiritually balanced individual would not take measures to destroy their own environment for a political reason.

History keeps repeating itself as we have not chosen to evolve as spiritual beings. Life is one big sick joke once you see things for what IT is.

The world is a stage and we are mere actors playing a role, some know that they are actors and follow the script very well. I choose to break from predictive programming to break free of the script that has been written for us. I chose to take the path less traveled by deciding to seek enlightenment and seek self realization.

“Seek first the kingdom of heaven and all else shall be given onto you”. Know the truth and you will be free.

It has all been laid out for mankind yet so few have actually taken the steps towards spiritual liberation opting to wait for a savior rather then taking self responsibility for the actions they take everyday.

It is up to each and everyone one of us to awaken to our reason for being and begin the restoration of our environment to ensure the ongoingness of mankind.

It was through research that I realized that there are two realities running simultaneously.

We have the ‘artificial’ or ‘fictional’ world based in illegitimate claims, fraud, and corporate fiction resulting in corruption and we have our ‘natural’ reality based in facts, empirical evidence,  and Universal Principless.

We have our inner world and we have our outer world. With an outer world built on fraud, black mail, and black magic it is impossible to have social justice. In a fraudulent world anything goes as the will of others is breached in this world it is a rarity that we speak facts. The politicians have forked tongues and get away with lying to the populace. This is most clear when we hear the statement “vaccines are safe and effective”. When in fact vaccines contain poisons, neurotoxins, infectious agents, cancer cells and foreign DNA. We are contaminating our own children’s DNA with this highly invasive technology while damaging the CNS. An over active immune system does not promote good health. Bringing up the subject of lack of truth by the authorities is fraud. In an evidences-based world we have chosen to ignore observable evidence.

The following information was shared on a Facebook post. I wonder what the point is really. People have know this has been going on since its inception yet the culprits responsible are still free to diminish the life of others and destroy life for so many.

Its purpose was to analyze the ionosphere and investigate the potential for developing ionospheric enhancement technology for radio communications and surveillance.

The most prominent instrument at the HAARP Station is the Ionospheric Research Instrument (IRI), a high-power radio frequency transmitter facility operating in the high frequency (HF) band.

The IRI is used to temporarily excite a limited area of the ionosphere. Other instruments, such as a VHF and a UHF radar, a fluxgate magnetometer, a digisonde (an ionospheric sounding device), and an induction magnetometer, were used to study the physical processes that occur in the excited region.

(1987) patent# 4686605 – method and apparatus for altering a region in the earth’s atmosphere, ionosphere, and/or magnetosphere (haarp – raythen)

Now we come to realize that there has been a lot of information hidden from the public’s eyes. There is even more information that is revealed yet rejected as a result of the implications of what accepting the information might generate.

For those that have had the courage to see know that nothing of this world is as it seems. Those with the courage to investigate do so with an open mind and loving heart. In the following video the experts are speaking about the events around 9-11 yet the principle can be applied to all aspects of our life in relationship to governmental issues.

This video was published on October 1, 2012 reveals that the “experts” knew the truths surrounding the 9-11 events, yet this information was either not shared with the “citizen slaves’ of the world or where shared was not accepted.  ” At this point we have 9 years of hard scientific evidence that disproves the government theory about what happened on September 11 and yet people continue to be either oblivious to the fact that this information exists or are completely resistant to looking at this information. So, the question becomes why? Why is it that people have so much trouble hearing this information?”

It is time to hold the culprits liable for the damages. Who is going to take actual steps towards a sustainable world rather then just talk about it? Even when people know that voting changes nothing, they still hold on to hope that the people in government are ethical. All one needs to do is listen and they soon realize the men and women in politics are still supporting the Unholy system of enslavement.

The following video refers to “smart” meters, yet the principles used should work for every issue. There is one problem with Cal`s claims. Ie do not  agree conditionally or not. to any of it.

The InPower Docu-Series illustrates a powerful new method to restore social justice and accountability. Episode #1 focuses on solving the ‘smart’ meter problem: how we can prevent and reverse the installation of this dangerous technology, through holding corporate executives and government actors financially accountable — for the first time ever. And in so doing, we can restore safety in our homes, and bring balance to our world.

The war against humanity started eons ago. It is unfortunate that we have forgotten our own truth.

We have chosen to allow ourselves to be locked up in our own programming. It really is time to fire the script writers and write a new love story for ourselves.

The Cosmic KIss!! I recommend watching the following video!

Restoring the timelines by integrating fractured aspects of the ego personality and vibrational atonement.

If you would like to do the same process to give you power over your own subconscious programming listen to the Facebook live video below I published on March 4, 2019.

❤ I wish for you a life over flowing in abundant wealth

🙂 I wish for you a life of joy and radiant health

❤ May ALL your good dreams and wishes come true

❤ It is time to hold the culprits in politics liable for the damages.

If you see value in what Ie am sharing Ie welcome any and all donations. Use my email for either PayPal or direct deposit.

Also known as Lorna Lynne of the family Borgeson