What Is Keeping Us Supporting Organized Crime?

Why would so many seemingly intelligent reporters continue to support organized crime? Can they not see that remaining as a voter and taxpayer is our tacit consent to the crimes of “Church” and “State”?

How did man become a “taxpayer” when only businesses are supposed to “pay” taxes?

What is it that keeps us from waking up to the reality of things?

It is said, “the truth will set us free” yet there are so many that are unwilling to speak the truth. Why is that? What is it that is keeping us from being open minded and open hearts to recognize the truth and expose it?

There are people talking about this “New Earth” yet how can we have a “New Earth” when the old system with its outdated way of thinking is continuing to being supported? The world will evolve when people become conscious and conscientious of their indoctrinated thinking. My best advice is to intentionally open your mind and heart to your internal GPS. Let your heart guide you to truth.

It is best to get off the citizenship. Why would we allow them to steal our footing by putting us on the “Citizenship” and forcing us into “Admiralty Law” the Law of the sea? Why would we accept the Black Magic Word spells known as “Legal Ease” in the first place? Ie do not consent, condone, nor submit to their word magic. Ie will not allow violence and/or the threat of violence to be coerced into submission.

It is time to claim our sovereignty as expressions of our Divinity. To end the oligarchy system we must stop calling ourselves and each other civilians. Stop using words that were created to bind. Ie am just finishing up ending all joiners with the COMMERCIAL TRADE NAME and “Strawman Account” aka “Artificial Person”. On October 18, 2018 Ie finalize a legal name change to end all joiners with the name given to me on the Certificate of Birth of one LORNA LYNNE BORGESON. My legal name is now Lorna Lynne Borgeson which pertains to me as a man.

There is no better time than now to claim back that which has been pirated over many lifetimes. When a thief is caught they must give up the goods. Everyone should be making Claim of Right and Claim of Divine Proportions.

You can read the process Ie have taken to empower myself. Truth and love will only triumph over ignorance and stupidity when we stop lying to ourselves and each other. It is time to break free from the black magic word spells that have bound us.

The judiciary is not about justice it is about commerce and the so called “elite” living off our labors have gotten away with this for long enough. Law Enforcement officers are enforcing commerce. Judges are bankers. What will it take for everyone to admit that nothing of this world is as it seems? 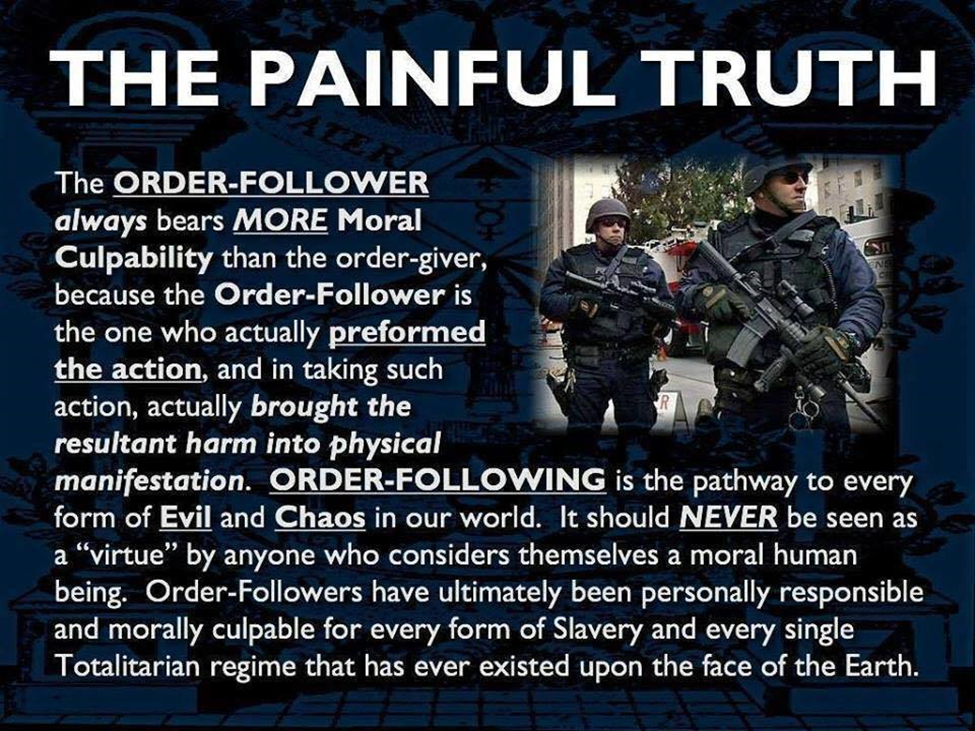 There must be a global movement to shift the tide of tyranny and end organized crime. The oligarchy system is an imposed system. The so called men and women called “Royalty” are pirates of the worst kind. As “civilians” we have been robbed of our status and standing. There is no greater crime than to be robbed of one’s own identity. Just because we have given over our power to a higher power in so many ways we do not have to continue to do it. Please stop supporting organized crime by ending your registration as a voter and taxpayer.

We must take global action on mass to end the system of lies. Banksters and tax collectors add no value to life they are supporting the thievery by the pirates.

Why are there so few talking about the fact that the self-appointed “elite” are pirates of the worst kind? They keep robbing us of our hard earned money and have robbed us of our right to live without violence. To have Restorative Justice all must be restored. All that has been stolen through many life times must be returned. Do thieves not have to give up the stolen goods once they are caught?

Our entire life is hacked by those that have claimed ownership of the earth and all her inhabitants. They can go into our bank account and steal the money we have earned through hard labor in a heartbeat if we do not comply. Why is there not an outrage for this kind of hack?

Even though realizing that the world is corrupt on purpose and that people are deliberately put through hell on purpose was devastating Ie am glad Ie was no longer living a lie. Ie had no idea that my life and my spiritual evolution was being targeted just for whom Ie am and my DNA lineage.  It was only through this revelation that Ie was able to take action steps to empower myself to put an end to the targeting.

It would be beneficial if everyone would come to realize that the Christ is our inner light. Christ Consciousness is a state of operation in which we are no longer held to dogmatic beliefs as it is a releasing from the conditioned mind.

Commerce has corrupted all systems driving society. This is why Ie have removed all joiners with the COMMERCIAL NAME and CORPORATE IDENTITY imposed upon me and everyone else at birth as a result of the creation of the Unholy Roman Empire and the creation of the Laws of Man.

It is our registration in this Babylonian System and forced conversion as slaves in the Unholy Roman Empire also known as the Roman Catholic Church aka Vatican that has allowed for the lies and crimes against mankind to continue. Ie do not consent and will not submit to being registers in their Unholy Law Society any longer. Ie wish there were others that would help me in my efforts to be free.

It was not easy to realize the life ie was living was a lie. My world was turned upside right once Ie realized why nothing of this world made sense to me from birth. It was however, extremely shocking devastating really to realize how many people are willfully committing crimes and/or allowing for crimes to be committed towards their fellow man.

Money is made out of nothing and controlled by a few that would see the natural world and the hearts and minds of man destroyed to maintain the illusion of power. Why?
The fact that we are the Gold has been hidden in plain sight and we have been for eons. We are weighed and measured at birth then given our “Commercial Name” which is the all upper case name and given the identity as the “Artificial Person”. We have been designated abandoned and lost at sea in an ocean of lies. After our mother and/or father document our live birth on the Registration of Live Birth document they take this name and capitalize it to capitalize on our energy.  These ideas are all word magick created by sorcerers.

As consumers we are designated debtors to life. The truth is it is the laborer that is adding value to life by being a contribution to life. It is corporate greed and subliminal messaging which entices people into consuming items that are really not necessary to the living of life. What will it take for us to stop trying to fill ourselves up by purchasing items we do not need to live a happy and productive life? When will we allow the system to evolve so that we can step into a greater version of ourselves?

The pirates that have created the black magic system have claimed the soul, heart, and flesh and blood of man. All systems of society have been corrupted to perpetuate violence against the body to keep the body in a constant state of stress. Now that we know why would we allow this to continue?

We go to human resources for a job as we are the resource. We are the “stock” traded on the “New York Stock Exchange”. Why would we support our own enslavement by investing in this system?

Have you ever asked yourself, “Why is it we have to have a job to live life?”

Now that Ie know the truth of things as a spiritual being and infinite energy Ie would never admit to being employed self employed or other.

On the following blog was written to inorm people of the steps ie/I have taken to claim my name and stand firmly on the ground as a Man/God: