The Life You Are Living Is A LIE!

Words cut deeper than the sword. It is knowledge and information that will save mankind from the mental prison of our own making.

Why do you suppose the clinically insane are getting away with poisoning, raping, murdering, and stealing from the inhabitants of earth?

They are getting away with what they are doing as we lack knowledge and continue to be complacent in the slavery system by our participation in it.

Our love for ourselves and all life is seen in the actions we take everyday. Therefore we will need to express our love by joining together in solidarity to expose the scam and by removing our-self from the slavery system.

All are the benefactors, beneficiaries, and heirs of creation. The original creator ‘god’s” were corrupt. It is clear psychopathy is contagious. The hierarchical structure maintained by the spirit realm needs to be exposed and dismantled.

There is nothing NOBEL about the “dark nobility” they are far removed from their source of life. They are blinded by their own indoctrination. Driven by there thirst for the energy rush.

They continue doing this and getting away with the crimes against humanity as we do not stand up for our sovereignty. The sad thing is there are individuals in all levels of government that are blind to the fact they are participating in their own and others enslavement. The “global elite” have been groomed by their malevolent makers. They have given over their power to a ‘higher power’ or rather a ‘lesser power’.

The way to combat this is to raise the frequency of our body matrix while informing everyone about the scam running world affairs.

It would do the world a world of good if the inhabitants of earth actually knew that they have been demoralized and dehumanized in being a registered “citizen” ie “slave” via the birth registry scam.

Look on all your bills your name will be printed in all capital letters. Unbeknownst to us we are registered as a corporate fiction. They have decided for us that the ALL CAPITAL LETTERS creates a “LEGAL PERSON”. We are never notified of this. We are subject to fraud and identity theft by corporate interests. Everyone is registers with the Vatican (who by the way has/have claimed the soul of mankind) via word magic spells. And no you do not have to call yourself Catholic. They have claimed the soul of mankind with the birth certificate registry.

No one can own the soul yet even-though this is such an outrageous claim there are those indoctrinated into the court system, banking system, and corporate registration that believe it and act accordingly. It is all fraud. We are all subject to felony.

The inhabitants of earth on the most part have given their power away to a higher power in so many ways, to God, to government, and to Doctors. Please could you accept that ALL are their own source of life and their own source of LOVE. Stop buying into the false narrative. It is time to end the indoctrination holding mankind from evolving. It is scientifically impossible to be separate from the energy source and thought from that which is made manifest. ALL IS ONE flowing experience.

Every penny we have ever been coerced into paying towards interest and taxation is theft, this money is rightfully ours we are the ones that earned it through hard labor.

“Slavery and the eight veils”….. by Don Harkins which was updated soon after as “Nine Veils”…..

The first veil: Ten percent of us will pierce the first veil and find the world of politics. We will vote, become active and develop an opinion. Our opinions will be shaped by the physical world around us; we will have been “conditioned” from our days in public education to accept that government officials, network media personalities and other “experts” are the primary voices of authority. Ninety percent of the people in this group will live and die without having pierced the third veil.

The second veil: Ten percent of us will also pierce the second veil to explore the world of history, the relationship between man and government and the meaning of self-government through constitutional and common law. Ninety percent of the people in this group will live and die without having pierced the third veil.

The third veil: Ten percent of those who pierce the second veil, will eventually pierce the third veil to conclusively find that the resources of the world, including people, are controlled by extremely wealthy and powerful families whose incorporated old world assets have, with modern extortion strategies, become the foundation upon which the entire world´s economy is currently indebted. Ninety percent of the people in this group will live and die without having pierced the fourth veil.

The fourth veil: Ten percent will then pierce the fourth veil to discover the Illuminati, Freemasonry, and the other secret societies. These societies use symbols and perform ceremonies that perpetuate the generational transfers of arcane knowledge that is used to keep the ordinary people in political, economic and spiritual bondage to the oldest bloodlines on earth. Ninety percent of the people in this group will live and die without having pierced the fifth veil.

The fifth veil: Ten percent will progress to pierce the fifth veil to learn that the secret societies are so far advanced technologically that time travel and interstellar communications have no boundaries and controlling the very thoughts and even the very actions of people is what their members do as offhandedly as we tell our children when they must go to bed. As in the days of Noah, this technology is even creating synthetic life forms, as man seeks to displace God. Ninety percent of the people in this group will live and die without having pierced the sixth veil.

The sixth veil: Ten percent will progress to pierce the sixth veil where we learn the dragons and lizards and aliens we thought were the fictional monsters of childhood literature are real indeed and are in reality the actual controlling forces behind the secret societies uncovered in the fourth veil. Ninety percent of the people in this group will live and die without piercing the seventh veil.

The seventh veil: Ten Percent will progress to pierce the 7th veil where the incredible world of fractal geometry and the universal law of numbers will be fully understood and embraced. The creative force of the entire universe will be shown to be linked to numerical code formulas and sequences, and all “mysteries” including the very fabric of time, space, parallel universes, and access therein is unlocked. Those whose intellects allow them to pierce the seventh veil often succumb to the lure and promise of massive wealth offered by the ruling elite, and thus over ninety percent of the people in this group will live and die without piercing the eighth veil.

The eighth veil: Piercing the eighth veil reveals God and the pure energy known as LOVE that is the pure life force in all living things – which are one and the same. Deep-seated Humility is needed in order to ever pierce this veil.

The ninth veil: Piercing the ninth veil means perfecting the pure energy known as love and thereby becoming truly one with God and His formulations. By perfecting this pure energy, one then fully embraces charity and therein gains full understanding of the universal plan of sacrifice, death, and redemption; life itself then becomes complete and one truly comes full circle and looks at the world through the eyes of an innocent child, yet with the deepest wisdom born of pure LOVE from the eighth veil.

Consider this: If this theory is correct, there are only about 60,000 people on the planet who have successfully pierced the sixth veil. The irony here is too incredible: Those who are stuck behind veils one through five have little choice but to view the people who have pierced the veils beyond them as dangerously insane. With each veil pierced, exponentially shrinking numbers of increasingly enlightened people are deemed insane by exponentially increasing masses of decreasingly enlightened people.”

We can only move out of the matrix of lies we are living by exposing the truth while taking inspired (spirit induced) action steps towards sovereignty. There have been those that have been controlling reality through deliberate thought and action. Our perception influences reality and our reality influences what we think, how we think, and the actions we take everyday. We are the ones limiting the evolution of consciousness. It is time to expose the “dark nobility” that have been deliberate in their actions inhibiting the evolution of consciousness. The trauma to the emotional body when subjected to violence has been deliberate. The horrors of war (rape, murder, and torture) pedophilia, as well as satanic ritual abuse and sacrifice are purposeful. They call it “spirit cooking”. The ancient etheric control grid known as Yadaboath better known as “The Veil” has been created and maintained by our collective consciousness of fear and other lower frequency energy expressed during “negative” experiences. The thing is most are addicted to their emotional dysfunction.

The body is infinite intelligence, it is a prisoner of our own thinking and perceiving. It would be wonderful if people could evolve their consciousness. The thing is the inhabitants living on this planet have been indoctrinated and seem to enjoy living by the psychology of belief. We are held in a feed back loop of limitation as a result of group think.

Why are there those that think that we are living on a free will planet when we are held to a slavery (hierarchical) system. This itself proves that that Free will is a misnomer. There have always been spirits, created by Lucifer, in the astral plane influencing human thought and behavior. There is a jinn specifically created to affect the libido, I kid you not.

IT IS TRUE WORDS DO CUT DEEPER THEN THE SWORD. There are those born of “Soul Group Lucifer” who are taught as soon as they can walk in the art of spell casting and invocation being taught to influence others.

It would do the world a world of good if everyone knew how to use incantations to transcend and transmute energy. A true “Alchemist” will convert everything to love. The thoughts we think, the words we speak are casting spells. Carried on the wings of emotions carries great weight. I have adopted the following incantation. Invoking a feeling of love and appreciation for life I then state before going to bed, “From the Lord God/Goddess of my being I transcend and transmute all curses, all spells, all black magic that I may have unwittingly cast upon myself or others today. SO BE IT”. 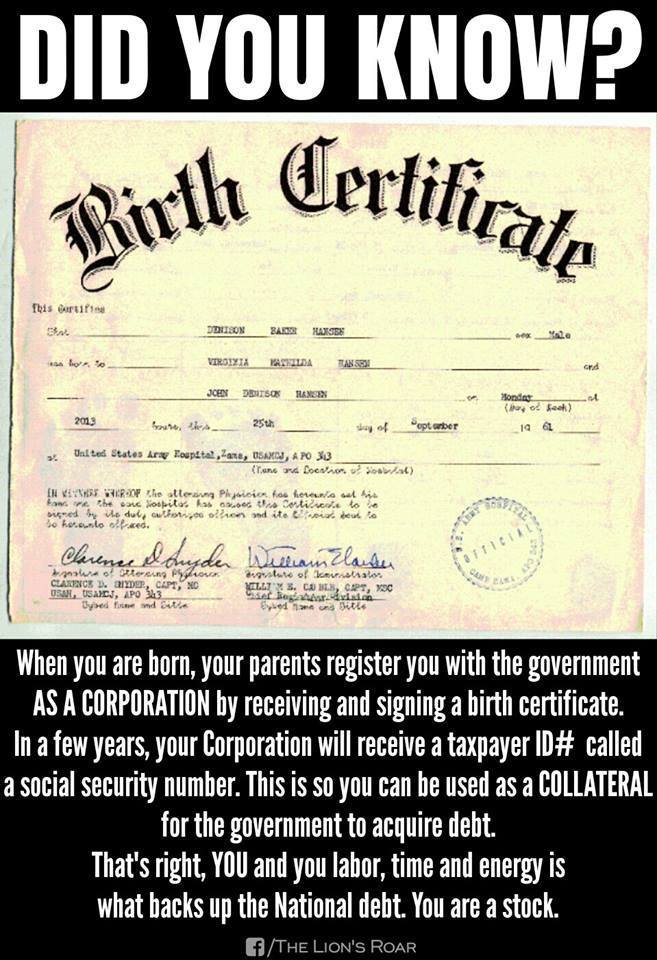 2 responses to “The Life You Are Living Is A LIE!”