❤ War is keeping the Archon control in place. ❤ The control on the planet is etheric! ❤ This cannot be killed it can only by transcended and transmuted! ❤

❤ It is violence that is keeping this etheric control in place. ❤ Casting these entities into hell only perpetuates our dysfunction. ❤ These lower density life forms must be transcended and transmuted! ❤

❤ No one seems to notice there is a war on everything. ❤ Why are we not focused on finding peace within our own heart? ❤

❤ What we as tax payers seem to ignore is that we are the ones supporting our own enslavement. ❤ This enslavement is both physical and etheric. ❤  The horrors of war (rape, murder, and torture) pedophilia, satanic ritual abuse and sacrifice are methods of harvesting energy for the Archons while binding the soul. ❤ They call it “spirit cooking”. ❤ When confronted with aggression the first response is retaliation which feeds the agenda. ❤  There are far too many people out of integrity with themselves. ❤ So many lack the emotional maturity to respond in right speech and right action. ❤

❤ People confuse the zero-point field (awareness field) which is void of light (the foundation of life) with the lower density dark which is the veil keeping people in a prison of their own making. ❤ Ignorance is the downfall of the human race. ❤  There is no fear in the source of life it is neutral. ❤  It would be great if people would do the internal work and raise the frequency of their projections. ❤ There is nothing outside of the self. ❤  All is ONE! ❤

❤ Emotional maturity is a prerequisite for spiritual evolution! ❤

❤  How many people seek spiritual liberation? ❤

❤  How many people seek enlightenment? ❤

❤ Know the truth and you will be free. ❤

❤ We know the truth will set us free yet how many actually seek truth? ❤

❤ Indoctrination has the mankind confused and suffering from a sever case of miss-identification! ❤

❤ For every problem there is a solution! ❤ Could we all be responsible and start taking action steps towards changing the systems that perpetuate a dysfunctional global society? ❤

❤ Will everyone send a shout out with me? ❤

❤ Thank you Jerry Wizman for the following information! ❤

25,000 years ago, dark forces created quarantine Earth and took humanity hostage. They created a virtual reality control system so nobody could escape. They have trapped Light beings who have a connection with the Source, to fuel this virtual creation.

This virtual reality control system is still in place to an extent and is usually referred to as the Matrix. On the physical plane, the control is maintained through Orion-Babylonian type debt-based financial system slavery and through mass media mind programming. On the etheric, astral and mental planes, the control is maintained with electromagnetic spacetime distortion chambers similar to those used in Philadelphia experiment. Those chambers create an illusion of a closed loop system that appears to be eternal and this is the reason why so few beings have been able to be set free / liberated / enlightened.

The Matrix is run by beings, called Archons (Greek for rulers). They are beings that came from the Andromeda Galaxy and chose to experience darkness. They refused to reconnect with the source. Through millennia, they created Draconian and Reptilian race through genetic engineering to use them as slave warriors to expand their dark empire.

Planet Earth is the last planet of this dark empire to be liberated. There are very few Archons on planet Earth left.

On the etheric and astral planes, they are known as Lords of Karma. They are the ones that to a great extent decide the life path of anybody that incarnates. They choose our parents and to some extent determine our life conditions. This programming system is known as karma. With advance wave-form generating technology on the astral plane they manipulate astral currents of planetary energies and use them for malevolent astrological influences. They maintain the distorted spacetime structure with implants that have created spacetime black hole anomaly, thus confusing human mind and emotions. Implants are programmable crystals that were put into mental, astral and etheric bodies of every single human being on Earth with strong electronic devices.

On the etheric and lower astral planes, their Draconian administrators maintain the artificial intelligence technology that keeps the Matrix in place. It has an alert system so if an awakened being creates a hole in this Matrix with his Light, Draconians send a Reptilian slave warrior to exert pressure on the psychological weak spots of that awakened being to lower his vibration and thus close that hole. Also, those Reptilian slave warriors constantly exert pressure upon the mind and emotions of incarnated human beings on Earth in order to prevent their spiritual growth and to suppress their fight for freedom. If that is not enough, they also send amoeba-like elemental beings that put additional pressure. All those negative beings usually hide in folds of distorted spacetime structure on astral and etheric planes:

Their power is in fear and hidden agendas. They lose all power in the face of light, truth and courage. If we are aware of all this without fear, the light of our consciousness will straighten those folds in spacetime structure and all those negative beings will be removed from astral and etheric planes of planet Earth:

On the physical plane the Archons are incarnated within Jesuit organization and they spiritually control their administrators (Draconian Illuminati that run the financial system), their warriors (Reptilian mercenaries that protect the Illuminati) and their slaves (humanity that works for them in their 9-5 jobs). Through Jesuit societies and 33rd degree Freemasons they hold the Illuminati structure together. This structure is now finally falling apart.

Invasions of the Archons

There were three main invasions of the Archons and their subjugated races such as Draconians and Reptilians from outer space in known human history. All of them happened both on physical and spiritual planes.

The first one is Kurgan invasion that happened around 3600 BCE. Dark beings entered through Caucasus dimensional portal.

Their purpose was to destroy peaceful Goddess worshipping neolithic cultures that thrived in neolithic Europe. They wanted to destroy veneration of the Goddess since feminine energy is our direct connection to the Source:

The second one is Khazar invasion that happened around 393 CE. Dark beings used the same Caucasus dimensional portal:

The purpose of this invasion was to destroy mystery schools, Christian gnostic groups and nature worshipping paganism and replace those with Christian cult mind programming. This programming was enhanced with creation of virtual reality hells on the lower astral plane, which were then used by the Church to strengthen its position.

The third one is Congo invasion that happened in 1996. Dark beings entered through war-torn Congo, Rwanda and Uganda. Main focus of this invasion was on the etheric and lower astral plane. The purpose of this invasion was to destroy new age and ascension movements and to reinforce the Matrix that was already beginning to disintegrate in 1995 as a result of mass awakening on Earth. Most beings are not aware of this invasion as their memories about the Light that was present on Earth before 1996 were erased with intense implanting sessions between 1996 ad 1999. 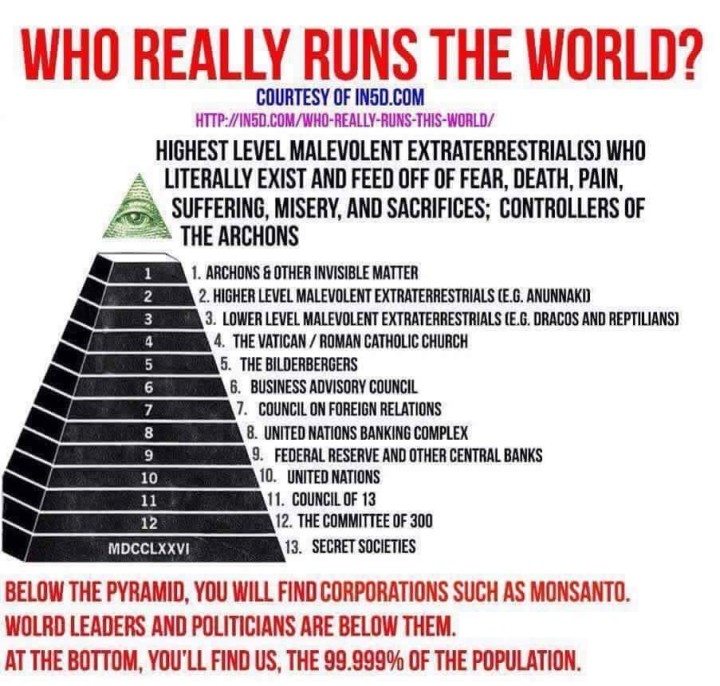 ❤ Whistle blowing has be come the newest attraction of late. ❤ What is the point of speaking out if nothing is done for a course correction?

❤ What is most astonishing is people have known that government is organized crime. ❤ People know that politicans are bought and or coursed to fulfill the agenda of the clinically insane. ❤  It is well known that the Jesuits are murderers, yet no steps are taken to resolve causality.

❤They know the outrageous claims made by those that are out of integrity with heaven.

❤ They know the black magic banking and court system was created to steal the energy of those living on the planet yet no one has the guts to expose this.

❤ There is not much point in pointing out the issues facing humanity unless people are prepared to do something about it.

❤ We are being played big time.

❤ The individuals that are committing crimes against life itself need to be sued in a private person capacity. ❤ Every single one of them. ❤ IS there someone with the passion to do this? ❤ Nothing is going to change until people take inspired (spirit induced) actions towards social justice.

We are making progress towards liberation. I received the following message in my inbox on April 1st, 2017.

Blessings…
I have heard news that they have won in court, but government has slapped a media blackout around the winning of the Indigenous people. That the Government of Canada was in an act of committing fraud in the formation of Canada.

I have no other news at this time, and will update as available.

3 thoughts on “Re blog! Time To End All Violence!”